the king is dead. long live the king.

it is the little things about him that she remembers most – the way he set his mouth when he was pleased, as if he held something sweet upon his tongue. whenever she saw that in his face as he sat the throne, she could not help but wish to break decorum, to climb the dais and taste the sweetness on his lips. she never did, of course. her place during the day was at the desk, a vast few paces from him, noting down his words. she was the best scribe to ever serve a king – none had ever loved their king 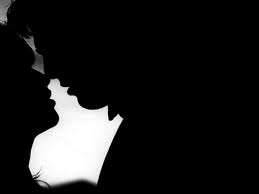 as she loved hers.

and how she loved him.

in the shadows she loved him, rising on her toes to find his lips (he’d saved that sweetness for her and it had only ripened with the ginterposing moments), never afraid because he was the king and there was no one who could tell them not to seek each other’s eyes and hands and mouths at every opportunity alone.

no one, barring death.

he never married; his throne would pass to his brother’s son. she never asked to wed him – she knew the way things were cast in the world. she understood, and she hardened that place in her heart which wished for a ring and a veil and a ceremony fit for the public eye. it had been more difficult to silence the voice in her mind which took her mother and sisters’ voices to call her whore and wish shame on her for wanting her king in her bed. but in truth they were far away, a thousand years and a day, buried in their own small lives. they knew nothing of the court, nor of the life she led here.

how she loved him.

the lines around his eyes – he’d gotten those in the bare span of a year after the crown first touched his head. she knew, for she had been with him since that crowning, and she had watched his face as the kingship changed him. it was the king she fell in love with, though. she’d not known him before he was a king, but she loved the man she saw him become under the crown’s weight. he was not five-and-thirty, but the lines began to show, and the silver hairs amongst the brown, and still she loved him.

in the dark, in the secret places.

how would it be for all the grand ladies to know their king spurned them not for chastity or the love of men – as she had heard it whispered behind fans and over kitchen labors – but for a book-wan, ink-speckled clerk fresh from the university? a woman of no standing but for her skill with pens and letters, a woman who wore a palace uniform with the sleeves pushed to her elbows to spare them stains. of course the king had no love for her at first – nor she for him – but the months passed and he heard her little asides to no one in between supplicants and ministers, and he laughed at them, and they became asides to him which he returned. and then the night when he called her to his chambers to take down a letter for him, because his hands were shaking too badly to write.

through the war and the flame.

some countries sent their kings to fight along with their soldiers, but not hers, and for that she was glad. she knew it weighed on him, to be so distant from what passed along their shores and seemed ready to press to the castle gates. he laughed less often, and his eyes hollowed, and the bones showed in his wrists. and often he called her, and often she came, by night or day, to pin his words to paper so they might be sent to direct or exhort. the king disliked pomp and kept no servant i 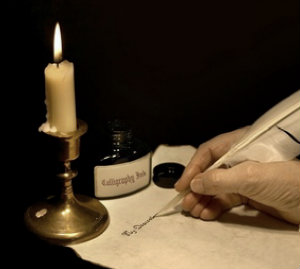 n his chambers, and so it was that they were often alone there under the eye of the moon through the window.

she could not say how it happened first – the candlelight making their eyes flash and flicker, her shoulders aching as she bent over a page, ink already dabbed up her forearms and smeared under one eye. another night of war-thoughts which made the king’s voice very soft and uncertain as it never was in the throne room. a pause in the relayed message, and then his footsteps, and his hands on the table next to hers, and questions in his weary face – do you? can i? – and neither wishing to be the first to touch for fear of breaking unvoiced rules. but he needed touch, that night above all others, and he put his hand over her free one, leaving the other to finish writing as he rallied himself to conclude the missive.

a king and a clerk.

she made him lead, as was his place, though she wished for the kisses and caresses as deeply as he. even when she was at her most enchanted, she knew who they were – she knew the way of things – she knew he was a king and she a letterwoman. in rank they were most misaligned. but they made each other laugh, and could not keep from looking at one other when they sat in the same room, and though it was a small and artless bond they shared it warmed her when she lay alone. 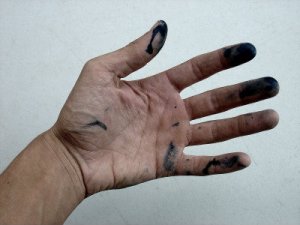 and how he loved her.

did anyone ever see the fingerprints she left? the ink she used was stubborn, and come daylight she often noticed marks on the king’s skin. he never tried to scrub them away. most were hidden by his court clothes, but often, looking up at him from her desk, she saw the edges of soft black smudges showing just above his collar or behind his ear. he liked them, he told her. they made him feel real.

a king, but a man all the same.

a man of flesh, a man who weakened when he didn’t eat, a man who wasted under the burden of war. she worried, as often and as deeply as he did, but her fear was for her king and not for his armies. she watched him wane. winter burrowed into him and nested there, stealing his breath and burning beneath his skin. the physicians exchanged furtive glances and charted his fever as it rose and fell, weeks and weeks of gradual weakening until the day he could not rise from his bed and so took audiences in his chamber, his clerk close by to catch the rasping words as they fell from his cracked lips.

when he died, surrounded by his doctors and his brother’s family, his final words were too soft and strangled for even the clerk’s practiced ears. she had strained close, her pen ready though her hands shook, and she had stared into his drawn, pale face, and she had watched the very last of her king fade into nothing. there was a blotch of ink on his cheek which no one mentioned. she was not privileged to attend the burial, but she hoped that stain outlasted any attempt to scrub it away. she hoped, too, that the words she had not understood were meant for her.

the king is dead. long live the king.